The right acid reflux diet can help if you suffer from heartburn. Changing my diet has made waking up in the middle of night, choking and coughing, a thing of the past for me. This effect of a ketogenic diet in particular is one of the benefits that make me so passionate about writing this website.  Acid reflux is an awful experience!

Doctors will tell you that this condition happens when a mixture of food, liquid and strong stomach acid backs up in the wrong direction from the stomach to the throat, causing a burning sensation and damage to the lining of the esophagus. The medical term for this condition is "gastrointestinal esophageal reflux disease" or GERD. The symptoms of acid reflux include:

Taking antacids or acid reducing medications to quell stomach acid is the most common form of treatment.

The number of people with an acid reflux, heartburn or GERD diagnosis is staggering. Approximately 40% of Americans, some 120 million people, suffer from chronic heartburn symptoms in the US, and the number continues to rise.

In 2010, the sales of over the counter antacids nationwide topped $1.2 billion dollars.  A stunning 113.4 million prescriptions were filled for proton pump inhibitors (PPIs) last year. (PPIs are a class of drug that reduces the production of stomach acid by blocking a certain enzyme in the stomach wall that produces acid. Common brand names include Prilosec, Zegerid, Prevacid, Protonix, and Aciphex.)

Nexium (esomeprazole) was the top selling drug in the world in 2012, topping even the statin drug Crestor in sales, and the total prescription bill for proton pump inhibitor drugs was over $13 billion dollars in 2010.

Along with a prescription for an antacid, the conventional advice given to heartburn sufferers is to avoid alcohol and tobacco, dietary fat, chocolate, caffeine, peppermint, onions, garlic, citrus juices, and tomato products.

Patients are also told to avoid lying down after meals, to sleep with the head of the bed elevated, and other physical measures, such as taking antacids and prescription medications.

But this acid reflux diet advice, as most sufferers know, doesn't help much. Worse, the PPI drugs prescribed for heartburn have unwanted side effects. This is because your stomach acid is one of the most important players in your immune system's defense against the bacteria that you ingest along with your food.

The low pH of your stomach acid is designed to kill off the toxic germs that might be in the food or beverages you consume. Taking PPI medications that constantly neutralize or block stomach acid production interferes with your body's normal immune defenses, and this interference can result in other more serious gut problems:

Heartburn continues to be a health issue in America because the root cause is not being treated.  In fact, recent research by Drs. Stuart Spechler and Rhonda Souza at the University of Texas Southwestern Medical Center proposes that heartburn is a result of an autoimmune response; in other words, the body is mistakenly attacking itself in response to a food based irritant.  Untreated autoimmune attacks can result in autoimmune related diseases such as diabetes, multiple sclerosis, rheumatoid arthritis and lupus.

Although most doctors are not aware of the supporting research, but it is a fact for many people that the cause of heartburn and other autoimmune health issues are rooted in dietary causes. Specifically, the consumption of grain based foods, particularly wheat gluten, is strongly associated with acid reflux, and a growing list of health issues and autoimmune reactions.

So we must look at what inflames the gut, and this goes right back to the food we eat. Yes, simply, the cause of heartburn and other autoimmune health issues are a direct function of what we are eating and the proper acid reflux diet can help immensely. 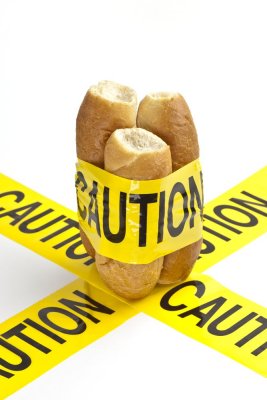 The foods that inflame the gut for many people include:

Avoiding these foods is a good start for anyone who feels they need to go on an acid reflux diet. Grain and sugar are totally eliminated on a ketogenic diet, so you can see why adopting a low carb, ketogenic diet is so effective for treating acid reflux.  Heartburn goes away, and for most people, all it takes is removing flour and sugar based foods from the menu.

I can attest that it really does work. I suffered from GERD for years, but after switching to a low carb, no grain acid reflux diet, I no longer have any symptoms. Unless I accidentally eat some kind of wheat gluten or other grain based food, I am heartburn free.

If you are suffering from heartburn right now, and haven't implemented an acid reflux diet yet, there is also an natural alternative health product called Protexid.  This product is is extremely beneficial for heartburn suffers, and has no side effects, but the FDA has blocked the market access for this product.

The results of a clinical trial on Tripiradol, the active ingredient in Protexid, were published in the Journal of Pineal Research, and indicated that those who received the supplement reported marked improvement in their acid indigestion symptoms.

Tripiradol works by strengthening the lower esophageal sphincter (LES). The LES muscle band is what prevents acid from the stomach from backing up into the throat. People with gluten intolerance have elevated levels of a gas called nitric oxide (NO) in the gut. This gas has the effect of relaxing the LES, thereby allowing stomach acid to reflux into the esophagus. The natural substances in Protexid work to tighten this muscle, which helps to keep stomach acid where it belongs.  I can attest to the fact that this product works very well. If I eat too many carbs or accidentally ingest some sort of wheat gluten during the day, my GERD symptoms return. But taking Protexid resolves the issue and I am able to sleep symptom free.

The only problem is that the current version of this product is ridiculously expensive. Dr. Micheal Eades posted on this product on his blog here, and he may be offering a less expensive version at some point.

I've been experimenting to get around the cost issues and have discovered that for myself, there is an alternative which works.  One of the main ingredients of Protexid is melatonin.  I've found that at least on the mild heartburn I get if I ingest hidden gluten, I can take .25 to 1 mg of melatonin before bed, it has the same heartburn quelling effect.

In his book Heartburn Cured, Norm Robillard discusses how a high carb diet contributes to heartburn. He shares his story and other stories of people who have changed their diets and become completely heartburn free. His view (and mine) is that the best acid reflux diet is one which eliminates grains, sugar and processed, high carb foods. this kind of acid reflux diet can help the stomach lining heal, and result in a reversal or lessening of symptoms.

Dr. Stephen Wangen, in his book Healthier Without Wheat: A New Understanding of Wheat Allergies, Celiac Disease, and Non-Celiac Gluten Intolerance writes that heartburn, along with irritable bowel syndrome, Crohn's disease, and other digestive problems are common symptoms associated with wheat gluten intolerance.

Chris Kresser has a great series of articles here on treating heartburn. I do agree with his suggestions.

And here are a few more resources I have found helpful on an acid reflux diet:

Done with Acid Reflux Diet, back to Home