Exogenous Ketones: Why, How and When

Many people ask me about exogenous ketones, so I asked my biochemistry-expert colleague Raphael Sirtoli to write up his thoughts about the why, how, and when for my website readers. His response is below. 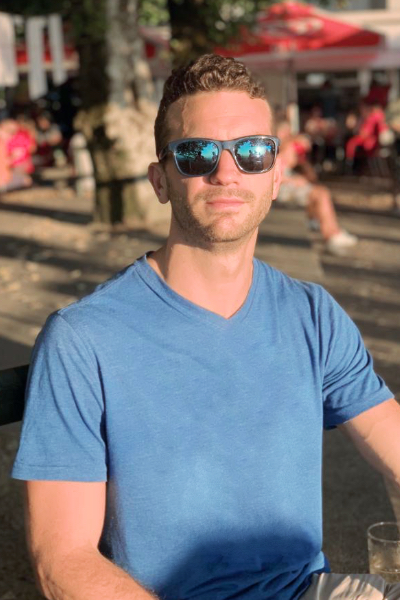 Raphael Sirtoli is the co-founder of Nutrita at https://nutrita.app. He has an MSc in Molecular Biology and is a neuroscience researcher at the Behavioral n’ Molecular Lab as well as a PhD candidate in Health Sciences at the University of Minho in Braga, Portugal. His days are spent studying the metabolic effects of antipsychotics in rodent models of schizophrenia. His understanding of metabolism, nutrition and clinical medicine forms the base from which Nutrita derives its evolving knowledge. He loves open scientific debate, Crossfit, football, hiking, psychedelic medicine, cold water immersion and cooking for loved ones.

How Many Endogenous Ketones Can Your Body Make in a Day?

Astonishingly, diabetics suffering from ketoacidosis have been reported to produce up to 400 g a day of endogenous ketones [3]! Just to clarify, ketoacidosis is a life threatening emergency medical condition whereas ketosis is a natural and healthy metabolic state.

The question of safety mainly revolves around the two mirror image forms of βHB. Our body naturally produces and uses the right-oriented D-βHB, yet ketone supplements are a mix of L- and D-βHB. Is L-βHB safe for humans to use?

Surprisingly, millions of doses of ketone salts containing a 50/50 mix of both L- and D-βHB have already been given out the public. To date, no toxicity has been noted from this ‘large scale experiment’. That doesn’t mean that they’re safe, but it does mean that, to date, there’s no evidence that they’re acutely toxic (short-term).

We know from rats at least that L-βHB is used in respiration to make energy (ATP) [4, 5]. This hints to the fact that other mammals (like humans) can probably make good use of them too. However, we don’t know how L-βHB is used differently than D-βHB in cellular respiration and these may be important details.

When ketone supplements (an ester) were given to healthy individuals, they responded favorably to a test measuring their sensitivity to the hormone insulin and their blood sugar response [6]. The more sensitive you are to that hormone, the better and the lower your blood sugar elevation. That’s encouraging !

Importantly, ketones are molecules that can somewhat self-regulate their own production, an important point in their favor when it comes to safety. For instance, as blood levels of ketones increase, they inhibit a process called lipolysis, an important step in allowing more ketones to be made. This is a type of regulation called a feedback loop.

Ingesting exogenous ketones supplements while on a high-carb diet or alongside sugary sport gels creates an evolutionarily novel metabolic state. As researcher Brianna Stubbs explains, “replete glucose reserves, an intact insulin axis, and elevated ketone bodies would never usually coexist” [7]. Just because the state doesn't exist in nature doesn’t mean it’s automatically harmful, but it should be approached with caution.

Since ketone supplements are an energy source you can ingest, and most people already have excess energy  reserves (i.e. plenty of stored glucose and too much body fat), the use of exogenous ketones for most people is questionable.  And it’s important to note that ketones stimulate ‘energy use’ by revving up your nervous system. We don't have any data on the effects of that either.

A Note on Measuring Blood Ketones When Using Exogenous Supplements:

At-home blood ketone measuring devices only recognize D-βHB and not its L-βHB mirror image or acetoacetate. That’s a problem because you’re not getting an accurate picture of what’s in your blood. Currently, ketone salts are 50% D-βHB and 50% L-βHB while ketone esters are 100% D-βHB. Given the current unknowns around L-βHB, ketone esters may be the safest option. Interestingly, D-βHB is more readily converted to acetoacetate and L-βHB much less so, since D-βHB in the blood drops off much quicker than L-βHB does [8].

Who May Benefit From Ketone Supplements?

Athletes often fuel with sugary gels based on the idea that intense athletic efforts rely on muscles making lots of ATP quickly from glucose without the help of oxygen. Ketones follow a different path than glucose to make ATP, a slower one requiring oxygen.

So why would adding in exogenous ketones (which will require even more oxygen) help make more ATP during athletic efforts that are already using up all the oxygen and thus rely proportionally more on non-oxygen dependent energy systems? At first glance, it seems that taking in more ketones shouldn’t help with high-intensity efforts. In reality, the data is mixed.

One study found a 2 % average improvement in the performance of cyclists [9]. For an elite athlete 2% can be the difference between losing and winning. Another study found that amateur athletes given ketone salts (Keto Force) were 6.9% slower compared to the placebo condition during a high-intensity cycling test [10]. However, these athletes showed no evidence of being keto-adapted so it’s not surprising that they couldn’t maintain their performance when forced to rely on non-glucose fuels. This other study measured the ‘efficiency’ of endurance runners given ketone salts (KetoCaNa) and found no difference between groups who were given exogenous ketone or plain water (placebo) [11]. The study is showing a lack of impairment in non-keto adapted athletes which is somewhat surprising and would be predicted from other studies.

Whether it is neurodegenerative diseases, cancer or epilepsy, all of these pathologies seem to have some kind of metabolic failure at their heart which can be exploited [13, 14, 15, 16, 17].

Even aging, which can be considered the disease of all diseases, was slowed down 26% in a tiny worm called C. elegans after being given a D-βHB ketone ester [18]. Interestingly, the authors think that this happened by reducing glucotoxicity. Could humans benefit similarly?

The area deep in our brain called the hippocampus helps us form memories, perform cognitive tasks and process emotions. Disease in this area is implicated in Alzheimer’s disease. An experiment in rats showed that their cells, that were previously energetically deficient, were rescued by the increase in energy (ATP) derived from using ketone supplements [19].

In mice made to have defects in mitochondria, the cellular machinery used to make most of our energy, a ketone ester reversed neurodegeneration and motor deficits [20]. But what about humans? The proof of concept that it could work in humans arose in 2005 when a small study put patients on a ketogenic diet and saw five out of seven of them improve their score on the standard Parkinson's rating test [21]. This leaves open the possibility that ketone supplements could be part of the ‘metabolic toolbox’ to help people with Parkinson’s.

Fasting sensitizes cancer cells to chemotherapy. It not only makes chemo more effective but it also makes patients feel much better than if they’d eaten their standard diet before the chemo [22]. Does this have anything to do with ketones themselves or is it just about a lack of food? We don’t know, but a 12 patient feasibility study going on at the Mayo Clinic may provide some clues [23]. There’s evidence to suggest ketones themselves, whether endogenous or exogenous, may have palliative benefits for cancer [24].

Epilepsy responds well to ketones, whether obtained through ketogenic diets, fasting or exogenous ketone supplements (especially when conventional medications have failed) [26]. A mouse study of epilepsy found that the D-βHB ketone supplement significantly reduced the onset of seizures [27].

It’s not clear if the benefits are mainly due to the ketones themselves or the effect of diets very low in carbs. Regardless, ketone supplements (esters) appear to elevate the seizure threshold, at least in animal models where seizures were provoked [28].

Exogenous Ketones: How Much Should You Take?

This study gave 0.45 mL/kg of body weight of a ketone monoester to achieve ~ 3 mmol/L of blood D-βHB [29]. For reference, people not in ketosis hover around 0.1 mmol/L D-βHB, people in mild ketosis around 0.2 to 0.5 mmol/L and people in deeper ketosis anywhere from 1 to 6 mmol/L. The brand HVMN recommend 1 serving of their D-βHB ester which amounts to their entire 65 mL bottle containing 25 g of D-βHB.

Under clinical testing conditions, Dr.Peter Attia ingested 15.6 g of βHB salts (a mixture of L- and D-βHB ), giving him a blood D-βHB level of 1.7 to 2.6 mmol/L [30]. Since the good doctor was already in ketosis, his levels may be higher than for the average person who’s not in ketosis when taking ketone salts.

How Long Should You Take Them?

If you’re using exogenous ketone supplements for medical conditions, then there’s no general rule that can be applied given the paucity of research. This is a question best addressed by your medical professional.

If you’re using them for athletic performance, then using them on competition day is probably best. However, you should test them out during training beforehand to make sure you know your limits regarding GI distress, as well as how much you need to take to achieve a desired blood level. This is where measuring your blood ketones becomes important. As a general rule of thumb, ketone esters are about twice as potent than ketone salts but this is subject to individual variation.

If Your Goal is Fat Loss...

There’s no good evidence for using ketone supplements to help people lose fat. But unfortunately, this is how they’re most commonly marketed. Nevertheless, there is a study in humans which found that “increased blood ketone levels may directly suppress appetite, as KE [ketone ester] drinks lowered plasma ghrelin levels, perceived hunger, and desire to eat” [32]. This in interesting preliminary data, but not justification to currently market or use ketone supplements for fat loss.

Ketones contain about 5 kcals per gram. Adding in ketone supplements, an energy source, which could be made from existing fat stores instead, doesn’t appear as the best of ideas for weight loss or treating diabetes at first glance. However, diabetics who start ‘burning more fat’ by adopting a smart metabolic strategies can in fact reverse their diabetes. These strategies are fasting, intermittent fasting, well-formulated low-carb/ketogenic diets and calorie restriction.

Ketones do have anti-inflammatory effects [33]. However, it’s cheaper and more sustainable to get those benefits by using your own fat stores rather than a supplement. Ketone supplements in the context of diabetes aren’t well studied. Instead, safe and effective approaches for minimizing insulin secretion should be first-line therapies. These include:

Exogenous ketones are far from perfect. They’re still an emerging technology. They’re being improved; less GI distress, better salt balance, better delivery of the right mix of L-βHB, D-βHB and acetoacetate. A note of caution is warranted about biased studies delivering exogenous ketone supplements in irresponsible ways in order to guarantee negative results [34]. Keep this in mind if you ever scour the scientific literature.

Ketone supplements are relatively safe to experiment, especially for people with medical conditions. But beware of unwanted side-effects if you’re on medication like the common blood sugar and blood pressure lowering drugs, blood thinners and beta-blockers. Definitely consult a doctor in that case.

The upcoming generation of exogenous ketone supplements (salts and esters) are welcome tools to our pharmacopeia (drug library). However, stay vigilant as they’re often over-marketed and made out to be panaceas, which they’re not. Not all ketone supplements are the same but generally speaking, they’re currently promising performance-enhancing drugs as well as new tools in our toolbox of metabolic therapies.

Raphael Sirtoli is the co-founder of Nutrita at https://nutrita.app.  Nutrita is a keto and low-carb friendly mobile app helping you follow the diet and reach health goals like lowering blood sugars or losing fat.”