There are several theories being researched about the human aging process. Some are genetically based, and others are "damage" based, meaning they involve chemical pathways within the body which result in damage to cellular structures and body tissues. Let's look at several, and then I'll explain how a ketogenic diet can help slow down the rate of aging associated with these processes. 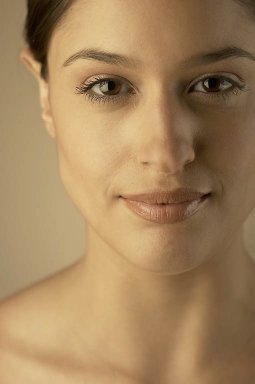 The most well known damage theory of aging is called the "free radical" theory. Just about everywhere you look, someone is talking about free radicals and the fix for them, the so called antioxidants. Free radicals are chemically reactive molecules (sometimes called ROS or reactive oxygen species ) which can bind to our cells, and cause damage and inflammation to cellular DNA and other proteins.

"Chemically reactive" refers to the fact that free radicals are missing an electron and looking to grab that electron from some other molecule. This reactive process is called "oxidation" and it results in a chain of damage, like dominos falling. When a free radical steals an electron from a neighboring molecule, that molecule then becomes reactive, and the chain is repeated. Over time, lots of damage is done, and aging is accelerated.

The solution to stopping free radical damage and slowing the aging process is to increase the body's pool of antioxidants.

Antioxidants are molecules which have an extra electron to "give" to the free radical, thereby neutralizing, or making it chemically stable. Once the free radical is stabilized, it no longer causes damage, and the chain of destruction is broken.

Most of the free radicals within our bodies originate from normal, biologically based chemical reactions, such as those that create energy within our cellular mitochondria.

External sources of free radicals include those created by smoking or eating large amounts of polyunsaturated vegetable oils.

A lack of antioxidants in the body means more oxidative damage, so one of the ways to treat this type of damage is to increase the amount of antioxidants available in the body.  The most potent naturally-occurring antioxidant is a molecule called glutathione, and is synthesized in the body from the amino acids cysteine, glycine, and glutamic acid. These precursors (i.e., methionine) and the amino acids themselves are found in high amounts in animal foods, and sulfur-containing vegetables like onions.  Oral supplementation of glutathione often doesn't work, but some clinics offer intravenous (IV) glutathione to treat low levels. Supplementation with n-acetylcysteine and alpha-lipoic acid can be helpful as they provide the raw materials to synthesize glutathione in the body.

Another theory on the aging process involves glycation damage via high blood sugars. Glycation is a process in which excess sugar in the bloodstream "sticks" to the proteins from which our cells and body tissues are made. Here's a simple analogy of glycation: imagine pouring maple syrup all your hands, and then trying to fold towels.

Over time, these glycated tissues develop structures which become "advanced glycation end products" or "AGEs". The glycated end products inhibit the functions of the proteins to which they are attached, and the proteins become damaged and unable to perform or communicate as needed. For example, recent research has shown that the loss of vision, nerve damage, atherosclerosis and other complications of diabetes are a result of glycation damage to the various proteins which are critical for the function of the eyes, nerves and arteries.

Glycation increases as concentrations of blood sugar increase. A high consumption of fructose seems to worsen glycation as well. A recent study showed that fructose accelerates glycation within the body at a rate 10 times faster than simple blood glucose. And worse, this study shows that even a single incident of higher post prandial glucose levels (after meal blood sugars) is associated with the formation of AGE precursors.

Ketogenic diets and the resulting ketosis and ketone bodies slow the aging process in several ways. The list below includes links to the relevant studies supporting the statements.

The bottom line here is that reducing your blood sugar reduces blood insulin levels, glycation end products, and inflammation. These three factors are closely associated with higher mortality rates from all sorts of diseases.

Ketogenic diets are the ideal way to reduce blood sugar and insulin levels, which increases longevity and well being. See this study in which the authors conclude:

"In the context of an outpatient medical clinic, a high-fat, adequate-protein, low-carbohydrate diet with nutritional supplementation led to improvements in serum factors related to the aging process."

Done with Aging Process, back to Home