Ketosis is an energy state that your body uses to provide an alternative fuel when glucose availability is low.  It happens to all humans when fasting or when carbohydrate intake is lowered.  The process of creating ketones is a normal metabolic alternative designed to keep us alive if we go without food for long periods of time. Eating a diet low in carb and higher in fat enhances this process without the gnawing hunger of fasting.

Let’s talk about why ketones are better than glucose for most cellular fuel needs. 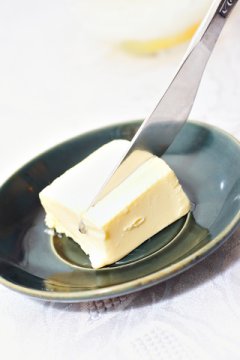 Normal body cells metabolize food nutrients and oxygen during cellular “respiration”,  a set of metabolic pathways in which ATP (adenosine triphosphate), our main cellular energy source is created. Most of this energy production happens in the mitochondria, tiny cell parts which act as powerhouses or fueling stations. There are two primary types of food-based fuel that our cells can use to produce energy:

When glucose levels are low, especially over time, most cells will switch to using ketone bodies for fuel. Ketones allow cells to be metabolically flexible, so to speak. Even the brain and nerve cells, which are heavily dependent on glucose can utilize ketone bodies for fuel. This ability of most normal cells to use ketones when glucose is unavailable indicates that their cellular mitochondria are healthy and functioning properly.

In addition, ketones have some unique properties which make them a “cleaner” fuel for your cells to use.  Burning fat for fuel causes less oxidative damage (think “free radicals”) to the cell, and actually makes it possible for the cell to create much more energy than it can from glucose.

Ketosis and Ketones To the Rescue

So how does our body make ketones out of the stored fat?  First blood sugar and insulin have to be low enough to allow access to stored fat.  If they are, stored fat (in the form of triglyceride) can be mobilized as a fuel source. A substance called hormone sensitive lipase (HSL) breaks the triglyceride compound down into one glycerol molecule and 3 fatty acid molecules. These fatty acid molecules come in various lengths of carbon based chains.

The fatty acids then flow into the bloodstream and are taken up by body tissues.  Once in the cells, the fatty acids are transported into the mitochondria of the cell to be metabolized carbon by carbon in a process called beta-oxidation. As glucose levels fall and fatty acid levels in the blood rise, the liver cells ramp up beta-oxidation which increases the amounts of a molecule called Acetyl-CoA. As the level of Acetyl-CoA rises, it is shunted to a process called ketogenesis. Ketogenesis generates a ketone body called acetoacetate first, and this ketone is then converted into the two other types of ketones: beta-hydroxybutyrate, and acetone.  Meanwhile, the glycerol part of the fat molecule gets converted into glucose in a process called gluconeogenesis, which means "make new sugar".

As ketones levels rise in the body, the cells of heart, brain and muscles begin to use them for fuel. And once the body is using ketones as a main fuel source, there are some profound and positive health effects.  Ketogenic diets are very effective for correcting cellular metabolic dysfunction. The high blood sugar of diabetes gets reversed, the seizures of epilepsy can be calmed, Alzheimers and Parkinsons symptoms are alleviated, extra weight can be lost, joint pain is diminished and so on.  In other words, the ketogenic diet is not a “fad.” It is a potent regulator of metabolic derangement, and when formulated and implemented correctly, it can be extremely effective at reversing all kinds of health problems. (See this paper.)

Carbohydrates are Not Essential, But..

Although ketones are beneficial, the body must still have some glucose, mostly for the brain and red blood cells.  If a person goes without food for a long period of time, the body will break down fat and muscle to create glucose for the brain, because without some glucose, the brain will die and take you with it.

So our brains do require some glucose, and this is the main reason that registered dietitians (RDs) will tell you that carbohydrates are essential nutrients (meaning we have to eat them or we will die). But a biochemical fact check shows that this is not true. RDs neglect the research which shows that the brain can use ketones for over half of its fuel requirements once carbohydrate intake is lowered and ketone levels ramp up to full production. When ketones are available as a secondary fuel source, the brain requirement for glucose is lower, and the process of gluconeogenesis can make all the glucose the brain needs (about 50 grams/day). So although glucose is essential for the brain, eating carbohydrates to make glucose for the brain is NOT required. If you are have blood ketone levels above 1-3 mmol, the brain can use the ketones as an alternative fuel source.

How Do I Check for Ketosis?

First, decide if you need to check ketones.  Amy Berger of Tuit Nutrition has a great post here to help you decide.  If, after reading that, you still want to check your ketone levels, there are several ways to check them. You can buy Bayer ketone stix, and check the levels of ketones in your urine. Or you can use a blood ketone meter.  The Precision Xtra has been the one to use until just recently. The problem is that this meter is hard to find, as the manufacturer Abbott keeps changing the name. The strips are even harder to find and buy.

So not surprising that a new ketone meter is now being marketed.  I met the owner of the company at the 2017 Metabolic Therapeutics conference. He has put quite a lot of thought into this meter, so I recommend checking it out.

The thing to remember about ketosis is that it takes a few weeks for the body to become "keto-adapted*" and switch to burning ketones for fuel once carbohydrate consumption is lowered.

Also, carbohydrate intake levels have to be lowered enough (below 60 grams per day or lower depending on insulin resistance levels) for ketone bodies to be made at a level that the brain can use. If you only lower carbohydrate intake a little, then the ketotic process gets short circuited, and can't do its job of taking over as a fuel source.

Most unfavorable low carb studies which reported the "unhealthy effects" of a low carb diet were actually poorly designed, in that they weren't long enough to account for the "keto-adaptation" period, and they didn't cut carbohydrate intake low enough to ramp up ketosis to the protective amounts needed by the brain.

*Keto-adapted is a term coined by Jeff Volek and Stephen Phinney in their excellent book "The Art and Science of Low Carbohydrate Living."

My Doctor Told Me Ketosis is Dangerous.  Is That True?

No, your doctor is confusing the dangerous condition of ketoacidosis with normal benign nutritional ketosis. They are distinctly different conditions.

Nutritional ketosis is a normal human condition. For the most part, we all enter into mild ketosis each time we go without eating for 6-8 hours. The effects of ketosis varies with individual experience, but ketones in the blood stream in normal amounts (below 8 mM) are not dangerous.

The process of generation ketones (ketogenesis) is kept in check by the presence of insulin in the body. Insulin regulates the flow of fatty acids from our fat cells, and it acts in a feedback loop to regulate ketogenesis. As long as insulin is circulating within the body, in general, the flow of fatty acids and the production of ketone bodies will be limited to a range that is not dangerous.  In contrast, ketoacidosis is a condition associated with a lack of insulin.  For example, it can manifest in type 1 diabetics who fail to inject enough insulin, or who are newly diagnosed.

Normal levels of blood ketone bodies are actually quite beneficial to the body. In this paper, research scientist Dr. Richard Veech writes that ketosis is a beneficial state for many neurological disorders, including Alzheimers and Parkinsons.

A 2013 paper by Paoli et al titled "Beyond weight loss: a review of the therapeutic uses of very-low-carbohydrate (ketogenic) diets" the authors discuss the benefits of ketosis for many varied health conditions.

And these papers also describe the benefits of ketosis here, here and here. Also, just recently, Dr. Jeff Volek and Dr. Steve Phinney did a great interview on nutritional ketosis. It's long but worth watching.

And here's another great video of Dr. Jeff Volek speaking on keto-adaption.

Done with Ketosis, back to Home