What About Antioxidant Foods? 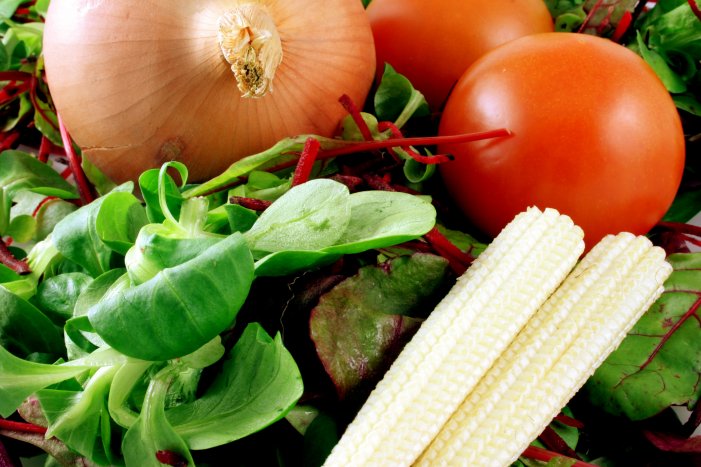 Antioxidant foods are foods which provide chemicals that act to repair or prevent oxidative damage in the body. Fruits and vegetables are marketed as health foods because they are high in antioxidants and phytonutrients, other plant based chemicals which are believed to also have health benefits.

I mention them because a reader wrote to me and asked how one's body "gets all the vitamins, minerals, enzymes, antioxidants and other necessary phytonutrients it needs when nutritious whole carbs such as raw fruit and high glycemic veggies are eliminated or severely restricted" on a ketogenic diet.

It's a good question, and I wanted to address it because I'm sure others have the same question.

Fact #1: Overall, animal based foods are higher in vitamins and minerals than plant based foods, and the precursors of natural anti-oxidants.

On my facts about vitamins page, I explain that animal based foods are higher in most vitamins and minerals than plant based foods on an comparison of equal serving sizes. Only vitamin K, vitamin C and vitamin E are higher in plant foods, hence the recommendation to eats lots of green leafy vegetables and nuts on a ketogenic diet. Vegetables are chock full of vitamin K and C, and nuts are high in vitamin E.

And one of the most potent antioxidants in the body is an amino acid called glutathione. The body makes it from several other sulfur-containing amino acids. (Amino acids are the main building units of proteins.)

There are many foods which boost glutathione production. Fresh unprocessed meats, cheeses and nuts are very high in the amino acids needed to create glutathione.  Some vegetables such as asparagus, broccoli, avocado, spinach, eggs, garlic and contain high levels of these sulphur-containing amino acids as well, so both help to maintain optimal glutathione levels.

Vitamin C is in particular a hot topic in relation to a low carb diet because fruit is high in vitamin C, and it is restricted on a low carb, ketogenic diet. I explain here why less vitamin C is needed when one eats a low carb diet, and highlight the fact that since animals make their own vitamin c internally, it is present in animal based foods.

Fact #2: Plant based antioxidants are not all that effective for maintaining good health.

The Women's Health Initiative Study results, which were published in the Journal of the American Medical Association in 2006, clearly showed that over time, a dietary intervention that reduced total fat intake and increased intakes of antioxidant foods such as vegetables and fruits did NOT significantly reduce the risk of CHD, stroke, or CVD.

In addition, the recent hype about phytonutrients fails to mention that these plant-based chemicals are not essential nutrients (except for the companies making phytonutrient supplements) and in fact, some studies have shown that fruit and vegetable consumption is in fact not protective, and can actually be more harmful than helpful. This was the case in a study done by a team of nutrition researchers at a university in Denmark. The paper was titled "Green Tea Extract only affects markers of oxidative status postprandially: lasting antioxidant effect of flavonoid-free diet."

Although designed to look at green tea antioxidant efficacy, (which was nil) the authors of this study wrote that the study "essentially served as a fruit and vegetables depletion study. The overall effect of the 10-week period without dietary fruits and vegetables was a DECREASE in oxidative damage to DNA, blood proteins, and plasma lipids, concomitantly with marked changes in antioxidative defence."

In other words, removing fruits and vegetables from the diet was actually better for the study participant's overall health.

"In 2008, the Cochrane Collaboration, an international consortium of scientists who assess medical research, scrutinized 67 studies with nearly 400,000 participants. The goal: to determine whether antioxidant supplements reduce mortality in either healthy people or in people with cardiovascular, neurological, rheumatoid, renal, endocrine, or other diseases. Conclusion: “We found no evidence to support antioxidant supplements for primary or secondary prevention, [and] Vitamin A, beta-carotene, and vitamin E may increase mortality.” In analyses of antioxidant supplements and Lou Gehrig’s disease, Alzheimer’s or mild cognitive impairment, and lung cancer, the Cochrane scientists’ verdict was the same: no, no, no, and no. And each analysis had an alarming refrain about increasing overall mortality."

You can read the entire article here.

In addition, Peter Dobromylskyj over at the Hyperlipid blog has an interesting post on this idea and he lists several more studies which show that consuming antioxidant foods such as fruit and vegetables INCREASES oxidative stress markers.

In conclusion, the common consensus that consuming more fruits and vegetables and other antioxidant foods correlates to greater health is not based on solid evidence. If you still have questions, I highly recommend reading this post by Dr. Art Ayers.

You can also watch this video from Dr. Georgia Ede:

Fact #3: A ketogenic diet is not carved in stone and antioxidant foods can be included.

Finally, a ketogenic diet with the goal of resolving weight and health problems does restrict antioxidant foods such as fruits and starchy vegetables, as they are high in carbohydrate.

If your weight is normal and you can tolerate the carbs in fruits and starchy vegetables without metabolic issues, there's no reason you can't eat them in moderation.

However, most people with weight problems and metabolic syndrome issues are "carb sensitive" and they cannot handle eating these foods without blood sugar issues and weight gain.

Hence, a ketogenic diet which restricts these high carb antioxidant foods is most helpful to them.

Done with Antioxidant Foods, back to Low Carb Myths