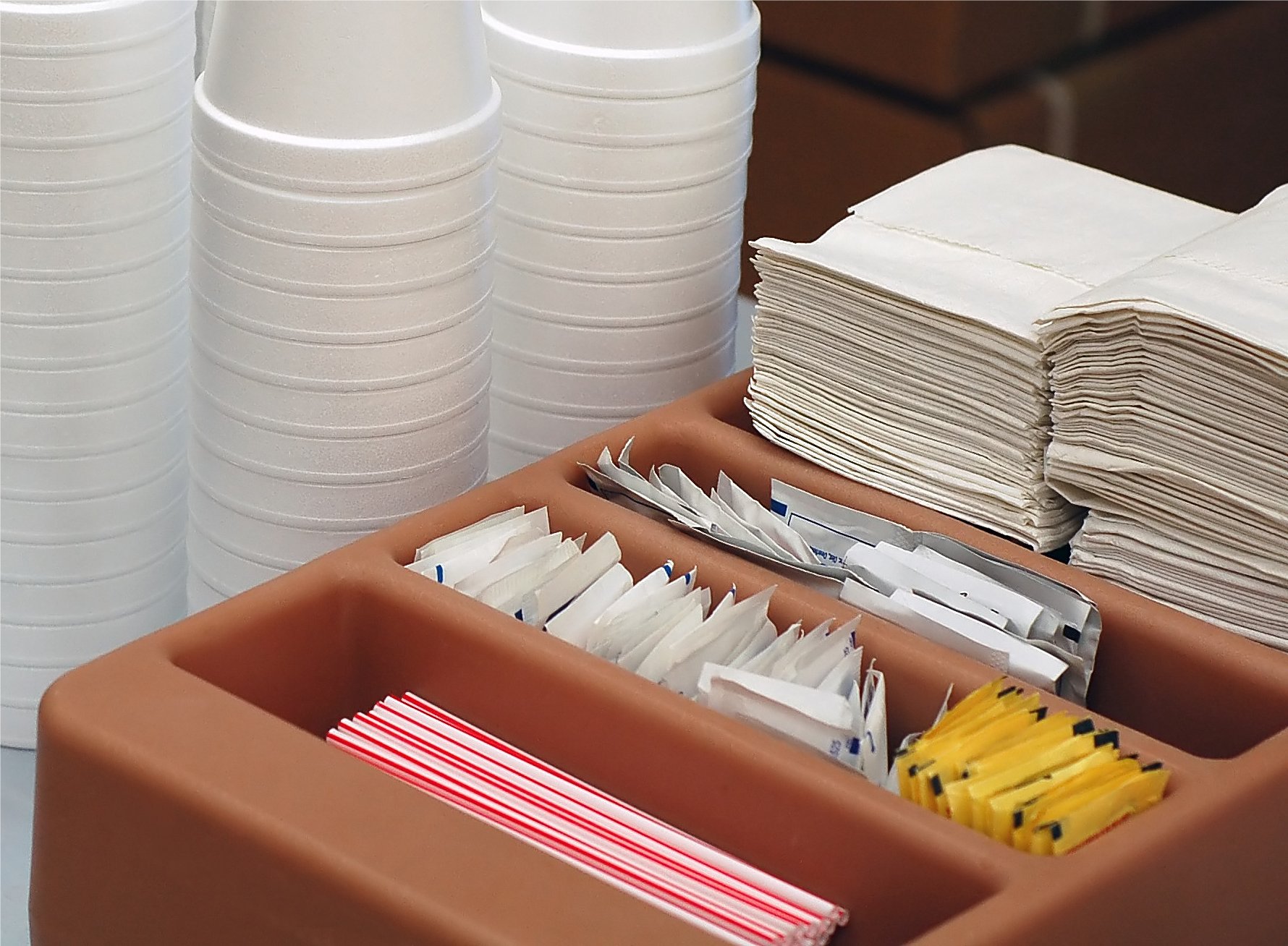 For low carbers, artificial sweeteners often mean the difference between blowing your carb limit for the day, or safely satisfying a sweet craving. However, most powdered forms of fake sweeteners contain some sort of sugar based bulking agent, such as maltodextrin, or dextrose. This adds carbs to your daily total, so if you use a packet, count it as one carb. Liquid artificial sweeteners are becoming more popular, as no bulking agent is needed.

I don't particularly like to use artificial anything, but I've come to the conclusion that for my health and wellbeing, a little fake sweetener is better than consuming real sugar, in relation to my insulin resistance.

If the idea of a chemical sweetener doesn't sit well, you may want to look into the category of sugar alcohol sweeteners. These do have calories and carbs, though the amounts are much smaller, and there is much reduced effect on blood sugars because they are absorbed slowly.

Below is a list of some artificial sweeteners that can be used on a low carb diet. Be aware there is a great deal of controversy around these products, so you'll have to decide for yourself whether you want to use them.

I've put together a list of the "pros and cons" for each. I am referring to the powdered version unless otherwise stated .

Acesulfame Potassium, or Acesulfame K, is marketed under the brand names of Sunett or SweetOne. It's commonly used in soft drinks and commercial low sugar products, many times in conjunction with aspartame. It's 180 times sweeter than sugar, has zero calories, and has no effect on tooth enamel.

Aspartame is marketed under the brand names of Nutrasweet or Equal. It's probably the most well known of all the artificial sweeteners, and is commonly used in most soft drinks and commercial low sugar products. It's 200 times sweeter than sugar, has zero calories, and has no effect on tooth enamel.

Saccharin is marketed under the brand names of Sweet n' Low. The sweetener has been around since the late 1800s. Saccharin is 300-500 times sweeter than sugar, has zero calories, and no effect on tooth enamel. In the past, saccharin was incorrectly identifed as a potential carcinogen, but this association was disproven, and it is now available on the open market.

Stevia or stevia derivatives are marketed under the brand names of Pure Via, Truvia and SweetLeaf, among others. The sweetener is created from a plant native to South America. Stevia extract is 200-300 times sweeter than sugar, has zero calories, and no effect on tooth enamel.

Sucralose* is marketed under the brand names of Splenda and Apriva, and is relatively new on the artificial sweeteners market. It was approved for use in the United States in 1998. It is created from changing the chemical structure of common table sugar. Sucralose is 600 times sweeter than sugar, and no effect on tooth enamel.

A note on artificial sweeteners and Splenda in particular..

*Note: Some readers have objected to my recommending Splenda. If you have concerns about this, please note that I have done research in the medical literature and I have reviewed the studies on sucralose (Splenda). I have yet to find a gold standard, clinically controlled HUMAN study which provides conclusive evidence that sucralose causes injury to human health. There are many RAT studies, which I don't count. There is evidence that artificial sweeteners do have an effect on gut flora, and as I said above, Splenda has been shown to cause a rise in insulin in obese people.  But bottom line for me is this: using artificial sweeteners is an individual decision, and you should go by how you feel. If any sweetener or other food product causes problems for you, avoid consuming it.

Done with Artificial Sweeteners, back to Low Carb Cooking

Back to Ketogenic Diet Plan