The problem begins in the pancreas. The human pancreas secretes insulin, a hormone that helps the body manage blood sugar and fat storage. Without insulin, the body cannot use glucose for fuel in the cells, and fat cannot be stored in the fat cells.

This is why one of the symptoms of Type 1 diabetes is unexplained weight loss. Type 1 diabetics develop pancreatic damage which results in a complete lack of insulin production, and as a consequence, their fat cells have no insulin message telling them to keep the fatty acids stored.

Without that message from insulin, vast quantities of fatty acids flow out of the fat cells and are broken down in the liver into the three ketone bodies: acetate, acetoacetic acid and D-3-hydroxybutyric acid.

The danger of this kind of ketoacidosis is in the amounts of the ketone bodies being released. Because ketone bodies are slightly acidic in nature, and so many are released at once, they build up in the bloodstream. 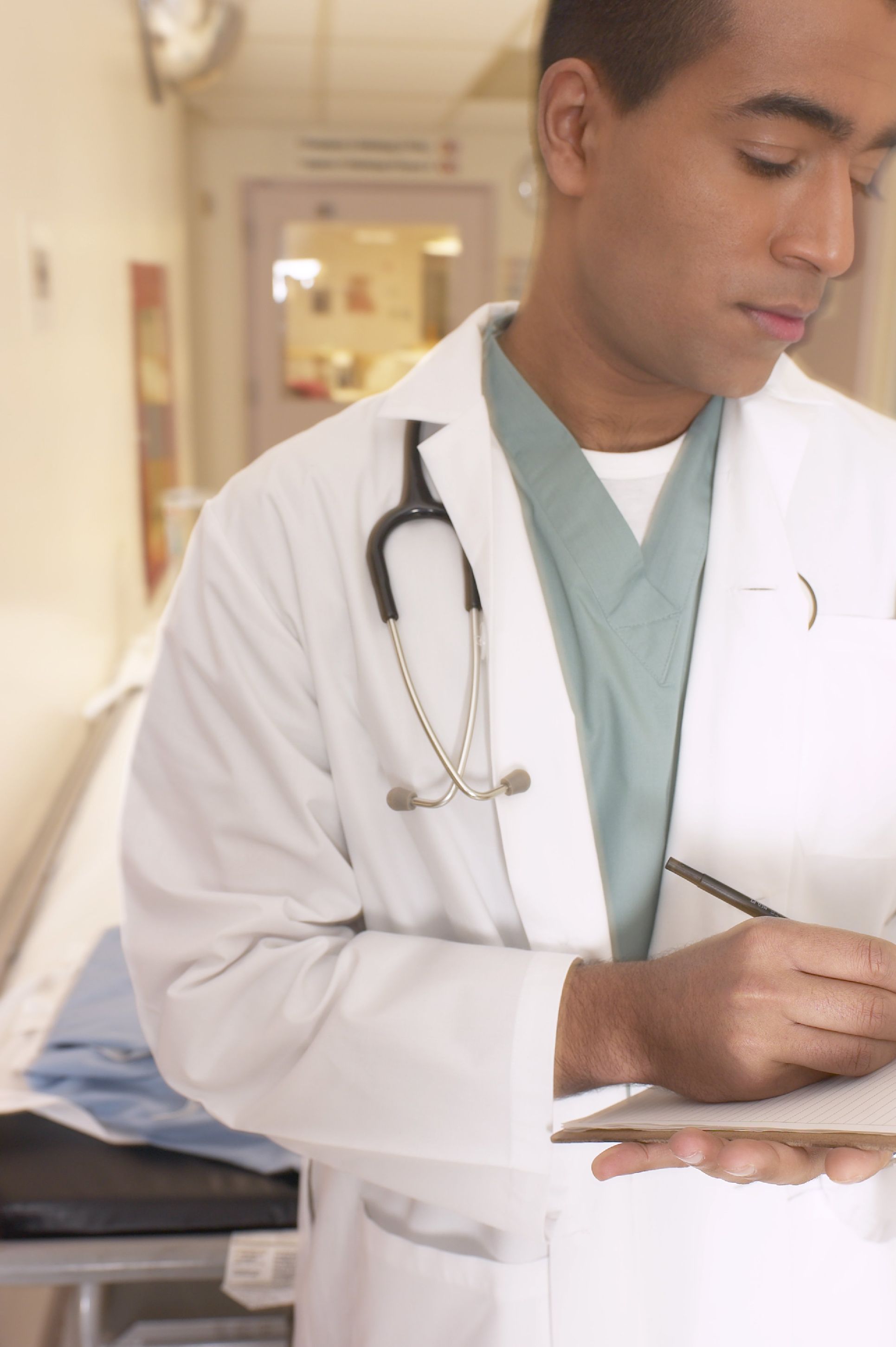 The sheer volume quickly overwhelms the delicate acid-base buffering system of the blood, and the blood pH drops to become more acidic than normal. The low blood pH (acidosis) is the condition which is dangerous, not the ketones themselves.

In addition, long-term diabetics can develop this condition if they don't manage their insulin administration well enough. This usually happens when illness or other stressful situation strikes.  The patient may forget or be unable to take enough insulin, or they may think that because they haven't eaten, they need less insulin.  The stress of the situation and the low insulin dose combine into a situation where blood sugars are very high, and ketone production is also elevated.

As the body tries to rid itself of the abnormal amounts of ketones through the lungs and urine, the symptoms get worse, and if left untreated, diabetic ketoacidosis can result a diabetic coma and death through respiratory failure, brain swelling or other tissue damage.

Treatment includes the administration of insulin to slow the ketosis and decrease blood sugar levels, and fluid replacement to address dehydration.

Diabetic Ketoacidosis is NOT the same as Nutritional Ketosis

Benign nutritional ketosis is controlled by the amount of insulin release by the pancreas.  This regulated process allows for a mild release of fatty acids from fat cells and small to moderate levels of blood ketone levels.

Diabetic ketoacidosis is driven by a lack of insulin in the body.  Without insulin, blood sugar increases greatly and fat cells lose great amounts of stored fat which results in the production of excessive levels of ketones. The combination of high blood sugar and high ketone levels upset the normal acid/base balance in the blood and become dangerous.  See this reference paper.