Insulin resistance is closely associated with obesity, high cholesterol brought on by inflammation, high blood triglycerides, high blood pressure and coronary heart disease. These health conditions often show up at the same time in many patients, and doctors call the combination the Metabolic Syndrome.

First, get your doc to prescribe a fasting insulin test.  Elevated results of this test will point to insulin resistance long before other symptoms show up. In addition, here are some telling symptoms for which to watch:

The combination of a low carb diet and high intensity exercise is the best treatment for avoiding and reversing insulin resistance symptoms and the eventual progression to the pre diabetes symptoms associated with a breakdown in insulin sensitivity.

For example, look at the results of this research trial, which was designed to test low carb diets on the factors associated with metabolic syndrome:

Eighty three subjects were randomly allocated to one of 3 weight loss diets for 8 weeks and on the same diets in energy balance for 4 weeks. Each diet provided identical amounts of calories but differed in the amount of carbohydrate, fat, protein and saturated fat included. This was expressed in a ratio (Carb:Fat:Protein; %SF). The diets included a:

The results were telling. Those subjects on the VLCARB diet lowered their fasting insulin by 33%, compared to a 19% fall on the HUF diet and no change on VLF.

The authors concluded that very low carb diets resulted in similar fat loss to the HUF diets, (which were low in saturated fat), but the very low carb diet was more effective in improving triglyceride levels, increasing HDL-Cholesterol, and improving fasting and post meal glucose and insulin concentrations. They noted that VLCARB diets may be useful in the short-term management of subjects with insulin resistance and high blood triglycerides.

Many other studies have repeated these results, even in people who have developed diabetes from years of chronically elevated insulin levels. 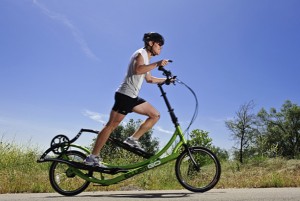 For more information, see this study and this study, and read Body by Science: A Research Based Program to Get the Results You Want in 12 Minutes a Week by Dr. Doug McGuff and John Little. If you aren't big on reading, here's a talk given by Dr. McGuff which covers the major points of his book.