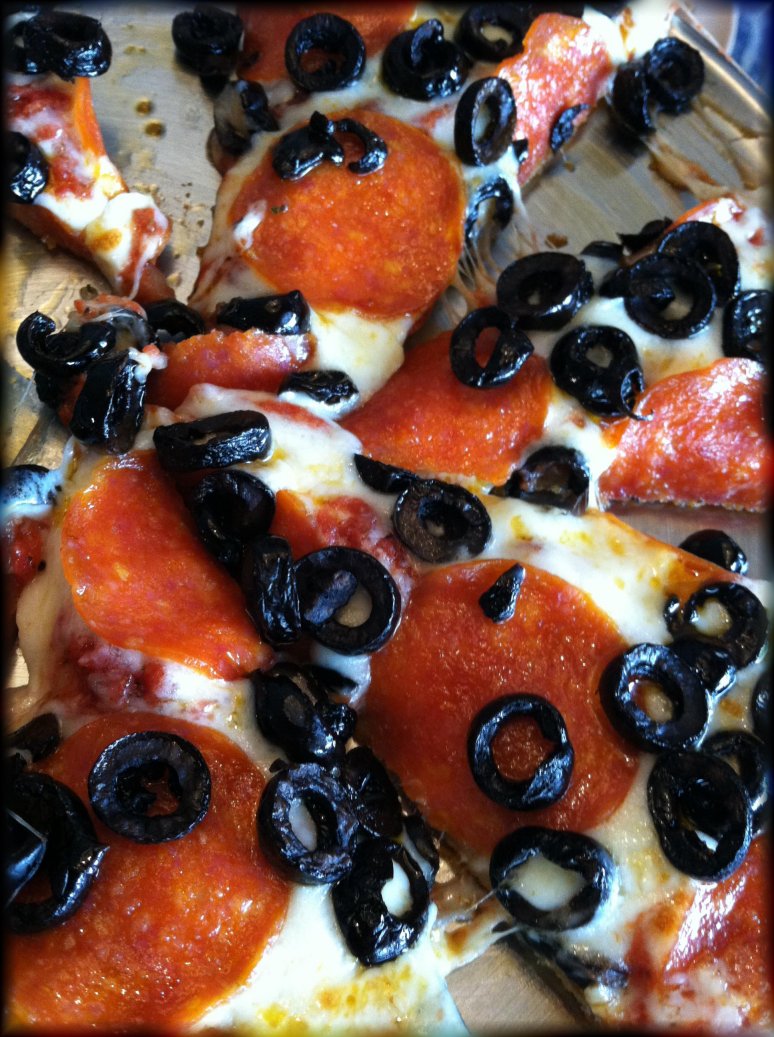 Doing low carb but craving pizza? Well, this low carb pizza is going to hit the spot. The crust is adapted from the original recipe on Jamie Van Eaton's Your Lighter Side blog.

It's amazing that cauliflower can taste so much like bread. The recipe takes a little effort, as there are several steps, but trust me, it's worth it. Enjoy!

For a different take on pizza crust, check out UpLateAnyway.com.  Elizabeth has created a genius stromboli recipe which is easily adapted to pizza crust, and I have to say, it's rapidly becoming my favorite pizza and low carb bread base.

I've found if I roll out her stromboli crust thin enough and only add veggies to the pizza before baking, it comes out pretty crisp.  If I want meat on it, I just partition out some sauce, combine it with any meats (sausage, pepperoni) in a sauce pan and add them at the end with a little more cheese on top.

Done with Low Carb Pizza, back to Low Carb Recipes