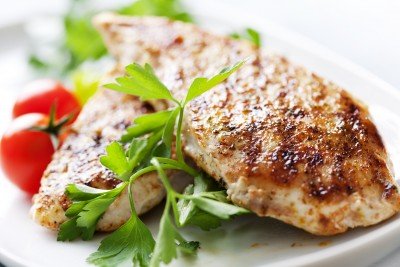 What are the actual protein requirements for those following a low carb diet? One measure is the RDA for protein.

The RDA is a general measurement or goal which is considered adequate to meet the known nutritional needs for healthy people. It's basically the bare minimum needed to sustain the health of already healthy people.

If one is sick or healing from a wound, more protein would be needed to restore and sustain good health.

In those following a low carb diet, extra protein is needed because it takes the place of carbohydrates in providing a glucose source for the brain, helps maintain muscle mass, and helps with hunger.

Protein requirements in all of the studies I have read are based on Lean Body Mass (LBM). LBM is a measure of your total weight minus your fat mass.  It represents the weight of just your bones and muscles.

The point of protein intake during a low carb diet is to:

Protein consumption recommendations should be set to ensure that the body does not burn up its own muscle mass to supply glucose for the brain, as it will do in the event of a real starvation scenario.

Since a person has to have some fat to live, the fat mass can't go below a certain percentage. For most men, a body fat percentage of 13-21 % is considered healthy. Bodybuilders shoot for a fat percentage in the 5-10% range.

Most studies I've read put the protein requirement at about 1 gram of protein per 1 kilogram of Lean Body Mass to maintain muscle mass.  (Note that a kilogram is about 2.2 pounds).

So a 220 pound guy with 140 pounds of LBM has protein requirements of about 64 grams per day, JUST to MAINTAIN muscle mass.

But the body of a low carber also needs extra protein to give the brain a source of glucose since carbohydrates are being restricted. Plus, protein is needed to provide substrates for rebuilding muscle after exercise breaks it down.

It is known that about 58 % of any EXTRA protein that you eat is turned into glucose. I don't have exact figures for how much you need to rebuild muscles after exercise.

So just to err on the side of caution, let's say another .5 grams/kg/LBM would be needed for body maintenance and glucose support.

That would put our 140lb/LBM guy at a 1.5 grams protein/kgLBM requirement.

So What Is Considered High Protein?

A "high" protein diet is one in which the highest percentage of calories come from protein. To calculate the percentage, divide each nutrient's total calories by total daily calories:

Let's say you are eating 1800 calories per day, and it is broken down like this:

We've established that around 95 grams of protein is a normal "requirement" for an average sized guy. In the calculations above, only 26% of calories come from protein. That is a good ratio for good health.

If this man were ONLY eating lean protein and no fat, even this normal amount might make him sick with rabbit starvation, a condition of acute malnutrition caused by a lack of fat in the diet. But if he is eating 130 grams of fat along with that protein, then his percentage of protein intake is only 26%, a normal amount.

The point here is that percentages are misleading.  If a person says that a low carb diet is "high protein"  the first question to ask is how many actual grams of protein is being consumed, as total calories will skew the percentages, whether calories are low or very high.

A true "high protein" diet is one in which a person is consistently eating more than 2-3 grams of protein per kilogram of lean body mass on a daily basis.  However, also be aware that Dr. Donald K. Layman's research (see Pubmed) has shown that even 3 grams/per kilogram is safe for most people.

Here's a video with Dr. Layman speaking on this topic.

Done with Protein Requirements, back to Ketogenic Diet Plan