Even after over 40 years of research, there is no definitive answer on what causes cancer. Sure, we know that direct exposure to toxic chemicals can cause cancer, and many people believe that the pesticides and preservatives in our food supply are culprits.

This could be, but cancer has been around a very long time. The first writings about cancer came from the Ancient Greeks. The Egyptians also experienced cancer. Presumably, there weren't any toxic chemicals being added to the food supply or lurking in the workplaces in those ancient time periods. So what caused cancer back then? 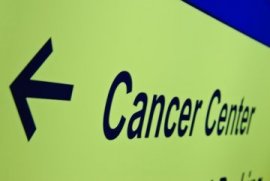 Again, there's no definitive answer, but there are few facts which make interesting "food for thought" on the subject of what causes cancer:

Other Factors to Consider

Cancer drugs are more damaging to many people than the original cancer, and none of these drugs offer a cure or even better survival rates, 50 years into the cancer fight. At least one researcher has written that people diagnosed with cancer actually live longer if they avoid the mainstream cancer treatments.

When you look at the facts above, it seems pretty clear that a high carbohydrate, grain and sugar based diet has at least a plausible connection to what causes cancer.

This would explain why the Greeks and Egyptians had cancer even though they didn't have the processed foods, environmental toxins and chemical preservatives we have today.

Bread dipped in olive oil made up a large part of each meal for the ancient Greek peoples. The Ancient Egyptians' diet consisted mostly of bread and beer, both made from grain.

Thank you for taking the time to read this page. If this information has been helpful to you, you are welcome to make a donation towards the operating costs of this site.  Your support is appreciated.

Done with What Causes Cancer, back to Cancer Treatments