Your daily protein requirement is affected by several factors: 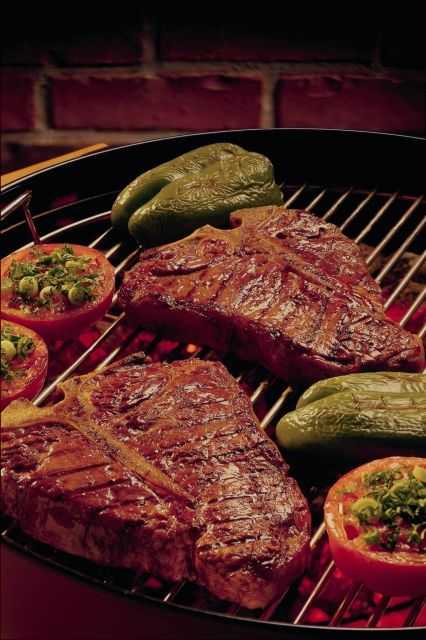 The official recommended daily allowance (RDA) for protein intake is set at .36 grams per pound of body weight each day. This figure represents the minimum intake needed to maintain health. The protein requirements for those who are looking to optimize health, who are sick, injured or on a very low carb diet will be higher.

Your daily protein requirement should never be based on percentage of calories. A person's protein requirements are constant no matter how many calories he or she eats each day because the amount of protein needed is a function of a person’s lean body mass (LBM) or on total ideal body weight, if LBM is not known.

Calculating protein needs should be based on maintaining positive nitrogen balance. Amino acids contain nitrogen. The protein we eat gets metabolized into amino acids for use in building new muscle and other tissues. Excess nitrogen is excreted via the urine.

When the amount of nitrogen excreted is less than the amount of nitrogen in the food we ate, we can say that we are in positive nitrogen balance and it means we took in enough protein to build new tissues. If we don’t eat enough protein, then we get into a negative nitrogen balance. We are using internal protein sources (breaking down muscle) to cover the shortage of protein in our diet.

The bottom line in a negative nitrogen balance situation is that we lose lean body mass. Not good. This is especially true if we don’t eat enough protein during weight loss or to compensate for daily intense exercise.

Studies on protein intake as a driver for nitrogen balance have shown that consuming 1.2 – 1.6 grams of protein per kilogram of lean body mass (g/kg LBM) is enough to establish a positive nitrogen balance during weight loss, and upwards of 3.0 g/kg LBM is safe.

How Does this Apply to Real Life?

How we do use this information to determine our correct protein intake range?

Let’s say a person weighs 150 pounds and has a lean body mass of 100 pounds. To calculate average optimal protein intake, we set the lower end of the range at 1.0 g/kg/LBM and the higher end at 1.5 g/kg/LBM. Taking into account that dividing pounds by 2.2 = kilograms, the math looks like this:

So the average optimal protein intake range for a person with 100 pounds of lean body mass would be 54-72 grams per day.

However, since most people have no idea what their actual lean body mass is, often these equations are based on ideal body weight, or what most weight calculators would say you should weigh for your height.

How does this translate into food? Animal protein sources have an average of about 7 grams of protein per ounce, so this example range of 54-72 grams/protein works out to about 7.7 ounces – 10.2 ounces of meat, fish or poultry each day.

(Note: there are 28.35 grams in an ounce, but the balance after accounting for the 7 grams of protein would be from fat and water in the meat; so 28 grams of cooked steak would have 7 grams of protein, 4 grams of fat, and the remaining 17 grams of weight might be water and collagen.)

We've established that the daily protein requirement is constant for each individual.  However, there are differing opinions on how the daily protein requirement recommendation should be calculated. Several highly respected authorities on protein and ketogenic diets have very different opinions on this subject. I've summarized their positions as I interpret them below:

Dr. Donald Layman, a former nutrition professor and research scientist at the University of Illinois has been specifically researching the effects of dietary protein on human health for three decades.

Dr. Layman’s studies have indicated that optimal amounts of dietary protein play important roles in protein synthesis, cell signaling, hunger and satiety, metabolic temperature regulation and blood sugar regulation. These metabolic pathways are triggered by and dependent upon optimal amounts of protein intake and in particular, the amount of leucine, a branched chain amino acid.

In a paper published in 2009, Dr. Layman and his team provide guidelines about the importance of a daily protein requirement for adults based on per-meal consumption rather than daily totals:

This makes sense to me and explains why eating protein and carb together (for instance, eating sweetened yogurt) causes a larger insulin spike. You get both a Phase 1 and Phase 2 response combined.

Here’s a video of Dr. Layman discussing the research findings discussed above and his thoughts on a meal based daily protein requirement:

Dr. Ron Rosedale, a pioneer in leptin research, advocates for a daily protein requirement which is lower than recommended by other experts. He discusses his reasoning here.  Dr. Rosedale associates higher protein intakes with higher blood sugar and says the triggering of the mTOR metabolic pathway and thermogenesis has detrimental effects which translate into a decrease in longevity.

Lyle McDonald, in his book The Ketogenic Diet explains that because of the metabolic adaptations which happen as the time spent on a ketogenic diet increases, the daily protein requirement is higher during the first three weeks on the diet than it is once the body has adapted through ketosis.

His calculations are based on what studies have shown about brain glucose requirements when carbohydrate or food intake is restricted.

At the beginning of a ketogenic diet, the brain requires a larger amount of glucose. To spare muscles from being converted to glucose to supply the brain, a dietary protein intake of 150 grams per day is suggested to minimize the loss of muscle mass to glucose production.

However, after 3 weeks on a ketogenic diet, the body has adapted to ketosis and the brain is using ketone bodies for fuel for the most part. This adaptation means a much smaller amount of glucose is needed for brain function. At this point, the daily protein requirement drops significantly, and only about 50 grams of dietary protein are needed per day to spare muscle mass. (He notes that intense exercise or a higher carb intake would alter these recommendations to some extent).

In the real world, I've found a good indicator which alerts me that I'm not eating enough protein - my eyes get very dry, especially at night. Eating more protein resolves the issue for me. I believe this has to do with the body reducing mucus production when protein intake is too low, a concept I learned from Lucas Tafur, who talks about this here).  A simple craving for protein foods is a good indicator as well.

In contrast, Dr. Westman, Dr. Phinney and Dr. Volek recommend a higher protein intake. Their book "New Atkins for a New You: The Ultimate Diet for Shedding Weight and Feeling Great" recommends a daily protein requirement as follows:

These are daily totals. Remember to divide the total ounces by the number of meals you are eating. For instance, if your total daily protein requirement is 18 ounces of protein, and you eat three meals a day, you would divide 18 by 3, and eat 6 ounces of protein at each meal.

Here's a quick reference to help you figure out how to follow a daily protein requirement on a visual basis. An ounce of protein looks like:

Other Sources of Information on Protein Requirements

Done with Daily Protein Requirement, back to Ketogenic Diet Plan